By Ayla Sumer, intern with LEAD for Pollinators, Inc.

Bees are essential to the health of people and the planet and are estimated to pollinate over one third of the food we eat, either directly or indirectly. However, due to a variety of environmental and human-related factors, their populations are rapidly decreasing.[i] More than 50% of the 1,437 monitored native bee species in the United States have experienced a population decline.[ii] While a variety of factors are responsible for the decline of bees, the usage of insecticides, particularly a class of chemicals known as neonicotinoids, has exacerbated this problem. Neonicotinoids, a relatively new category of synthetic insecticides chemically related to nicotine are utilized by farmers in numerous forms, such as seed coatings, in order to protect their crops from the devastating effects of predatory insects.[iii] First introduced into US crop production in the mid-1990, neonicotinoids are now used on hundreds of millions of acres of U.S. agricultural land and have become the most widely used insecticide in the world.[iv] Despite the widespread usage of neonicotinoids for protecting crops from predatory insects, this class of substances has been shown to pose substantial risk to bee populations, both killing them directly and affecting their behavior and productivity.

Harms of Neonicotinoids to Bees

Neonicotinoids are systemic pesticides. This means that, unlike contact pesticides which remain on the surface of the treated parts of plants, neonicotinoids are absorbed by the plant and transported throughout the plant (including its leaves, flowers, roots and stems, as well as pollen and nectar). Additionally, as only about 5% of the active ingredients in neonicotinoids are utilized by the intended plants, the remaining neonicotinoids rapidly disperse into the environment. This residual pesticide can persist in soil, adjacent plants, and water sources for months or years.[v] When foraging and nesting, bees can come into contact with high concentrations of this pesticide, either through the neonicotinoid-contaminated pollen and nectar of the treated plant, or residual pesticides from the environment. Once absorbed by the bee, the highly toxic active compounds of neonicotinoids kill the bees by acting on their nervous systems, eventually causing paralysis and death.[vi] Additionally, studies conducted on native bees, bumble bees, and honey bees have found that even low concentrations of neonicotinoids can be harmful to these bees. When exposed to sublethal levels of neonicotinoids, bees can experience problems with flight and navigation, reduced taste sensitivity, and slower learning of tasks, all of which impact foraging ability and hive productivity. For example, studies have found that when bumblebees were exposed to a small amount of this insecticide, they made suboptimal foraging decisions and were more likely to visit flowers located further apart than control bees, decreasing efficiency and productivity.[vii]

While the European Union prohibited the sale and usage of these pesticides in 2018 until further research and environmental mitigation analysis has been conducted, no comprehensive federal regulation of neonicotinoids exists in the US.[viii] In January of 2020, the Environmental Protection Agency released a set of proposed interim decisions for neonicotinoids. Their proposal included management measures to help keep pesticides on their intended target, restrictions on when pesticides can be applied to blooming crops in order to limit exposure to bees, and language on labels that educates individuals of the dangers of these insecticides to pollinator populations.[ix] While these measures represent the comprehensive government action necessary to protect pollinators, they have not been implemented, meaning that the solutions currently enacted on the federal level fail to fully protect pollinator populations. Individual states and local governments have adopted limited regulatory measures on the usage and distribution of this pesticide. For example, a law passed in Maryland limits the sale of neonicotinoids to sellers who are already permitted to sell restricted use pesticides. Similarly, a law passed in Minnesota prohibited plants treated with neonicotinoids from being labeled or advertised as beneficial to pollinators.[x] Tens of millions of acres of neonicotinoid-coated seed is planted annually in the United States and Canada.[xi] The residue from these insecticides can persist in the environment for months to years, perpetuating harmful lethal and sublethal effects on bee populations. While neonicotinoids are not solely responsible for the decline in bee populations, studies have rigorously established a clear linear relationship between usage of pesticides and damage to bee populations.[xii] The decline in pollinator populations as a result of neonicotinoids not only poses a risk to these insect populations, but overall ecosystem and human health as well. Considering pollinators, specifically bees, pollinate an estimated $24 billion worth of crops every year and many key crops depend almost completely on insect pollinators, the decline in these species due to neonicotinoid usage results in reduced crop yields and food production.[i]

[xii] Tjeerd Blacquiere and Guy Smagghe, “Neonicotinoids in bees: a review on concentrations, side-effects, and risk assessment,” Ecotoxicology, no. 21 (2012): 973-992.

Spend Time In Your Backyard

Spend time in your backyard and learn all you can do to support biodiversity. 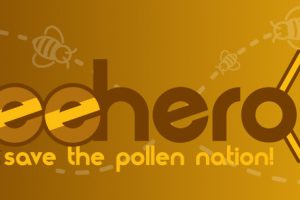