Approving the Treasurer’s Report is Not Advised

Home EDUCATIONApproving the Treasurer’s Report is Not Advised

Approving the Treasurer’s Report is Not Advised

Only audited financial reports should be adopted by an organization

A typical meeting agenda includes a report from the treasurer. As a professional registered parliamentarian with Michigan State University Extension, I often notice that many groups place the treasurer’s report just after the approval of the minutes on their agendas. Logically, this makes sense as it is important to know the status of a group’s finances before discussing other matters.

Following the treasurer’s report, however, I often observe that the presiding officer asks the group for a motion to approve or accept the treasurer’s report. This is an ill-advised custom and a common mistake that groups make. Unfortunately, only groups who have been through litigation having had to take a member to court over financial misfeasance or embezzlement understand the importance of not approving financial reports whose accuracy the board cannot fully substantiate. Allow me to explain:
The treasurer’s responsibilities within an organization vary, but the treasurer is generally the officer entrusted with the custody of its funds. According to Roberts Rules of Order, Newly Revised 11th Edition, “The specific duties of the treasurer will vary depending on the size and complexity of the society; but this officer cannot disburse funds except by authority of the society or as the bylaws prescribe. The treasurer is required to make a full financial report annually or as the bylaws may prescribe, and to make such interim reports as the assembly or the executive board may direct.”

Following a regular report of the treasurer, the presiding officer may ask the members if there are any questions about the report. Once questions are complete, the chair should state that the report be placed on file for audit (if the group has an audit committee or sends their financials to a professional auditor) or for review (if the group has an internal committee review the finances for example) or simple move on to the next item of business. The report should be filed with the secretary. There is no required action needed. Instead, it is the auditor’s report (or review committee’s report) or Treasurer’s annual report (which has been audited) that is adopted by the group. The audit report may come before the group based on the organization’s rules. It is advised that an audit of some form be done annually or, at a minimum any time there is a change in officers. The specifics should be described within the group’s governing documents.
The treasurer is an office in which a group places a great deal of trust and therefore it seems that an assembly would believe their reports are accurate. However, without an audit or third party review of the statements, activity, receipts and process there is no way to ensure reports are correct as presented. So unless an organization’s by-laws specify adopting your treasurer’s report, it is not recommended. I know of no federal, state, local or parliamentary rule that states the treasurer’s report is to be adopted.

Disclaimer: LEAD for Pollinators, Inc. is not a CPA or attorney. For legal and accounting advice consult a licensed attorney or accountant.

Michele Colopy, LEAD Co-Founder, holds a Master’s degree in Nonprofit Management/Arts Administration. She has more than twenty years of nonprofit experience at the national, state, and local level. She has worked with membership associations, pollinator advocacy, performing arts, housing and homelessness, foreclosure prevention, community development, and health and wellness. She was Treasurer of a State Association from 2016-2019 modernizing the accounting, co-managing a USDA grant, administering the Affiliate program, and managing two grant programs. She was the Program Director of a national pollinator advocacy NGO 2013-2019.

Catalyst, Facilitator, and Collaborator for Pollinators 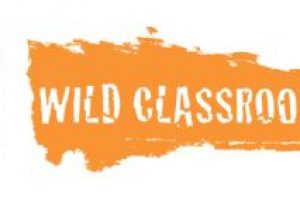 Become a junior investigator tasked with solving a mystery by placing clues of climate change in order.